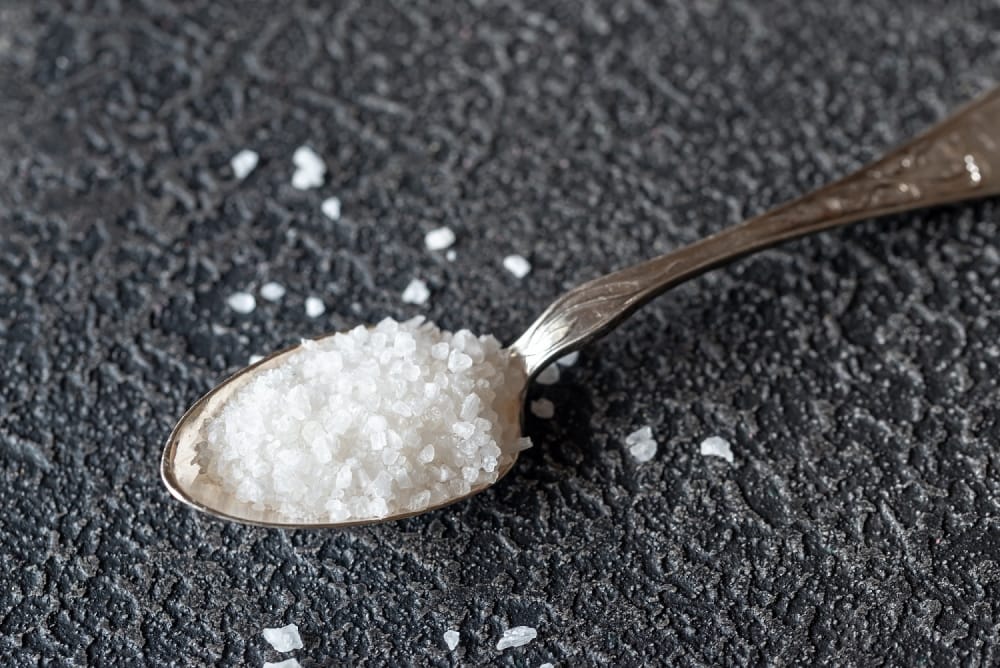 The difference between salt types is their texture, flavor, source, degree of processing, and the method used in that process. Some salt types get their name from the place they originate such as Celtic salt. Celtic salt earns its name from Celtic Sea marshes in Brittany, France where it is produced through a solar evaporation method.

Now, if you reread these different edible salt types, almost all of them hint at their difference and meaning, but almost. There is one salt type in this list that needs clarification: kosher salt.

What is Kosher Salt? 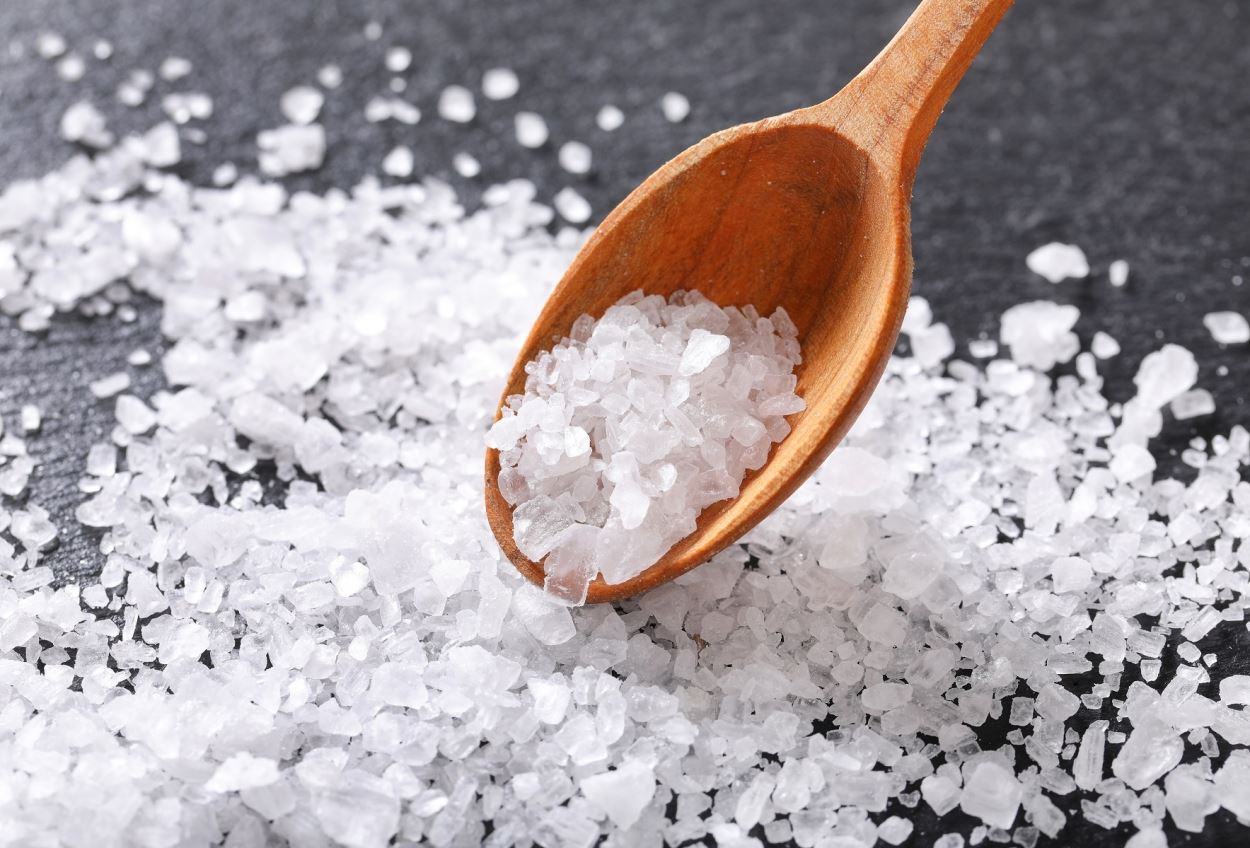 Time to answer your questions about kosher salt; What does kosher salt mean? Kosher salt has a larger grain size compared to table salt which consists of small and easily dissolvable grains. It is easy to observe the size difference between table salt and kosher salt. Kosher salt has free of additives but may include anti-caking agents.. Kosher Salt is used in the Jewish religious practise of dry brining meats, known as kashering and some brands has kosher-certified salt as being approved by a religious body.

How Kosher Salt Is Made

Salt is a naturally occurring mineral primarily composed of sodium chloride (NaCI). It can be harvested from salt rocks or salt mines or produced through evaporation of salt lakes and seawater or brine. Once the water is evaporated, only salt crystals remain which can be processed differently for each various usage areas.

Did you know that salt has a lot of usage areas besides for food such as industrial salt, pool salt, road salt, water treatment salt and animal salt? Now you do. Additionally, kosher salt can be produced by salt companies which have Kosher certification like Turkey’s reliable salt manufacturer Koyuncu Salt which produces different edible salt types such as salt for the food industry, kosher salt, and halal salt naturally from the Salt Lake.

Why Is It Called Kosher Salt?

It is the name of this salt type making us ask the questions. I mean “why is it called kosher salt?” and how kosher salt got its name. Your guess is probably that this type of salt is called kosher salt because of the Jewish dietary guidelines. However, the case is not so. In fact, although some salt that is sold in the market with the label of “kosher salt” can be not kosher at all!

Kosher salt gets its name from the purpose of koshering the meat. Koshering the meat means removing the blood from the meat. As I mentioned earlier, kosher salt has large grains or flakes. Its large grains make it easier to stick to meat chunks and therefore draw out the liquid and blood from it. Yet, because some salt companies labeled the coarse koshering salt packages as “kosher salt”, the name stuck. So, any salt can be kosher, but not all salt is “kosher.” 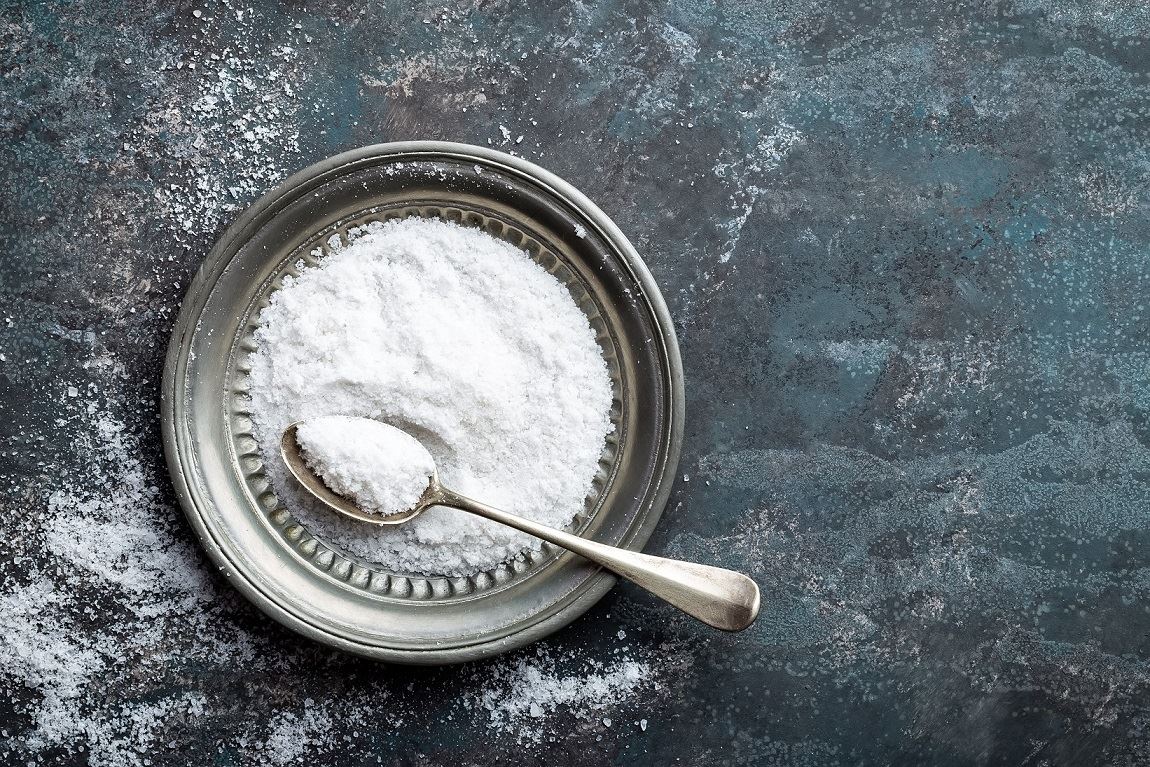 Imagine you are trying out a new recipe that you are really excited about. But you see there is kosher salt in the recipe. Then, it makes you think “What is the difference anyway?” and add regular salt instead. However, when you compare kosher salt vs salt, the two are very different, and you might end up with food that is too salty or bland. The difference between kosher salt and table salt is texture, grain size, production process, additives used, and thus the taste.

Kosher salt has larger flaky crystals with large surfaces, and it is easy to pinch with fingers. Due to its large grain size, it takes longer to dissolve in food and water compared to free-flowing table salt. Because of this, kosher salt is not commonly preferred in baking. Some kosher salts may consist of additives like anti-caking agents, but most are said to be free of additives.

In contrast, table salt consists of many additives to enhance the flavor. The most common salt additive is iodine. Moreover, since table salt has smaller grains, in their natural form they may easily stick together. Salt companies use anti-caking agents to prevent the grains from sticking together.

What are common additives to salt?

The list can get even longer, however, in short, kosher salt does not contain these additives. Also, Kosher salt is free of iodine. Kosher salt vs regular salt is quite different considering these, aren’t they? Then there comes the question: what is a good substitute for kosher salt?

What Is A Good Kosher Salt Substitute?

Back to that new recipe you want to try out or your favorite recipe which requires kosher salt in its ingredients. You may have run out of kosher salt or have no time to go to the store to buy some. In this case, don’t worry there are alternatives to kosher salt. Let’s see your options for kosher salt substitute. 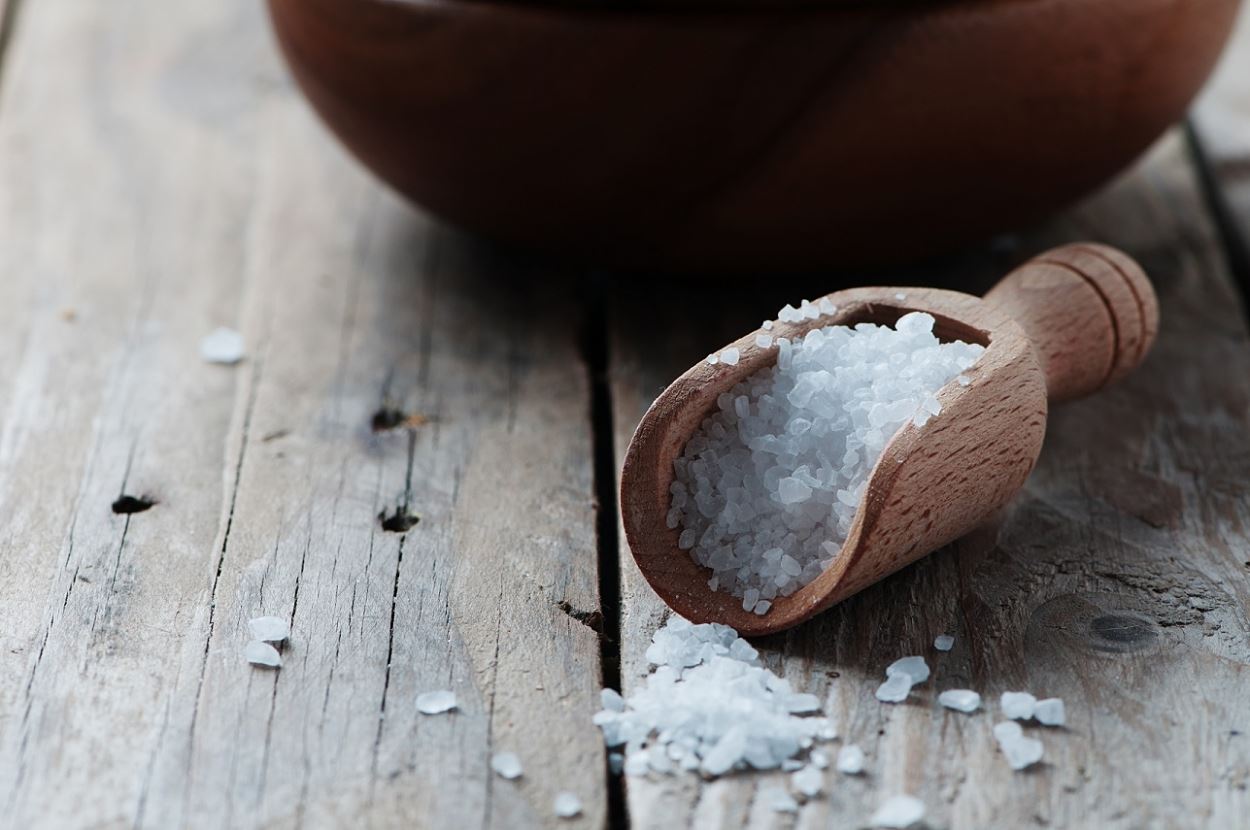 The size of crystals of kosher salt and coarse sea salt differs although slightly. This is why the amount of sea salt you use as a kosher salt substitute is quite important. 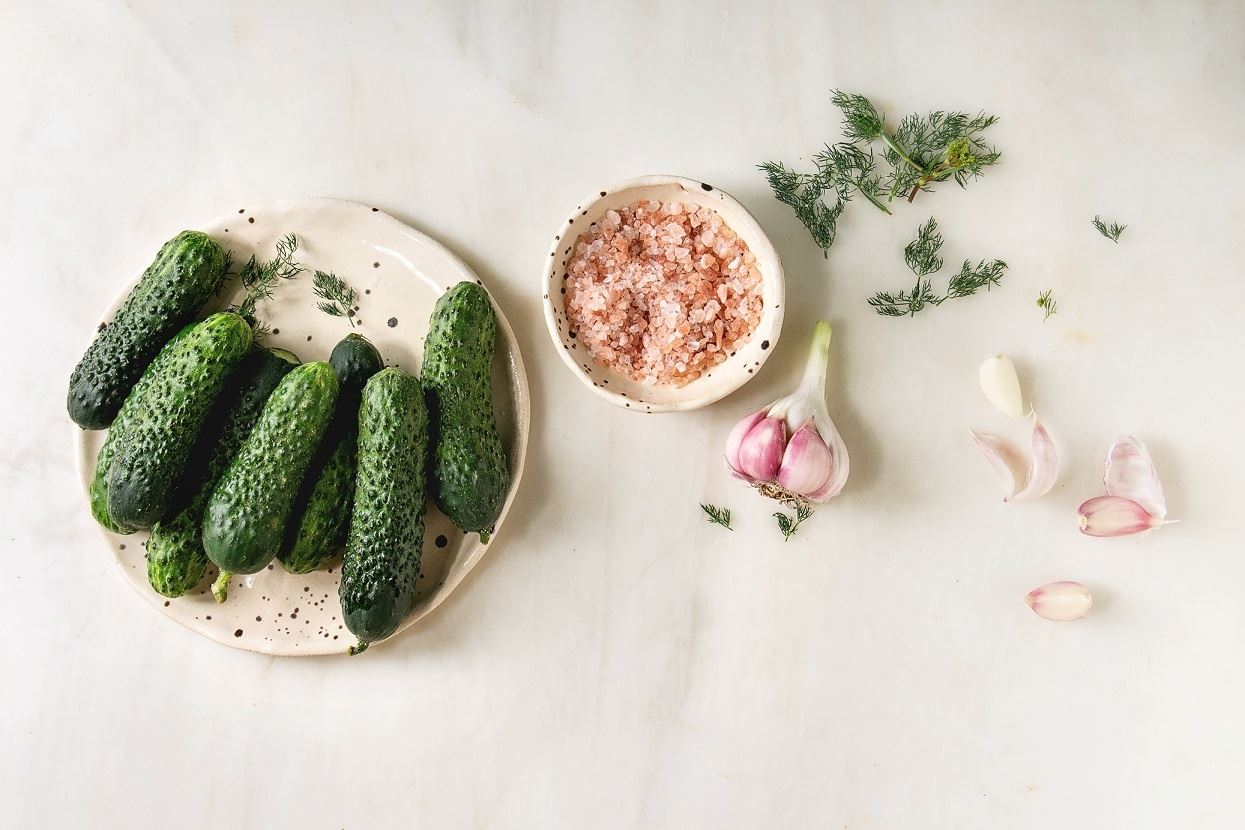 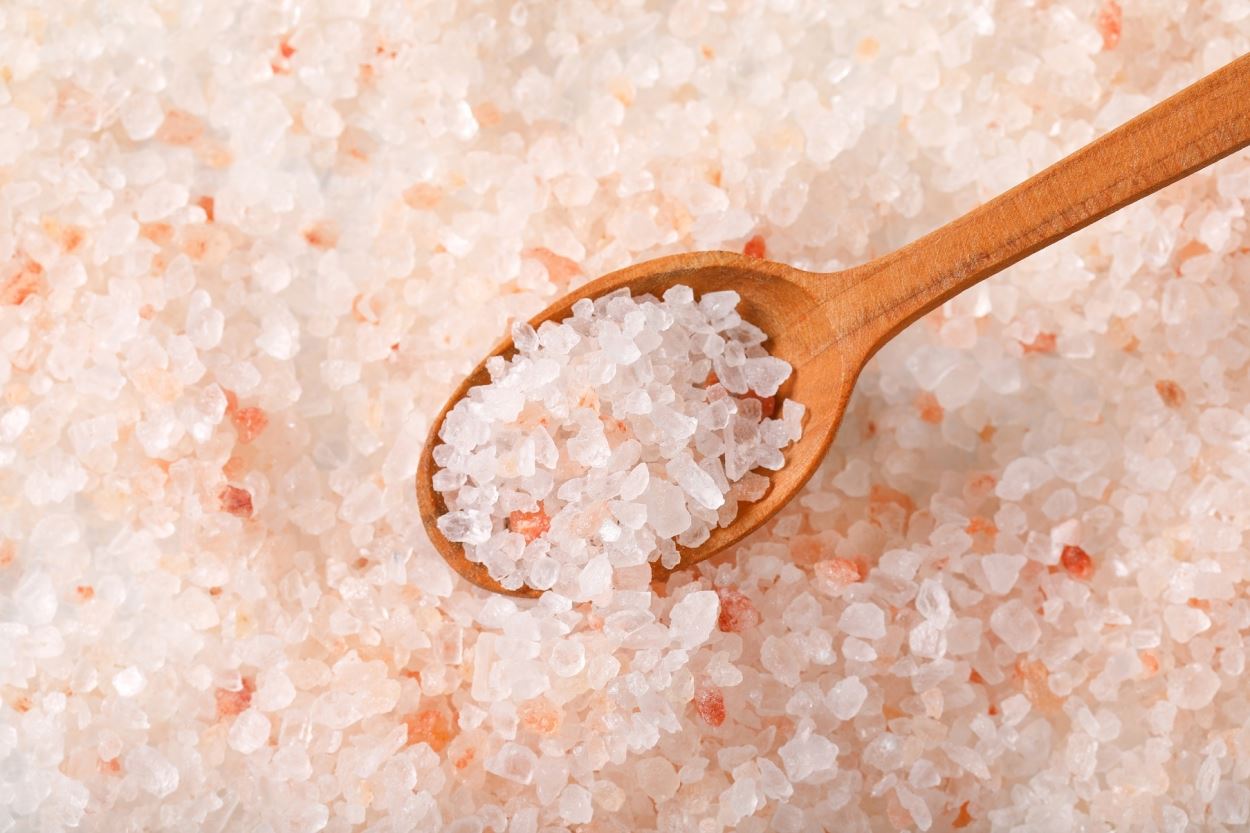